It’s happened. The beginning of the end of buying super expensive textbooks for college, that break your back and have little return on the investment when you no longer need them. That’s right: Amazon.com has Textbook Rentals for Kindle! It’s something that I’ve predicted for a long time, and now that it’s here, I can see it revolutionizing student life on campuses everywhere.

What do you think? 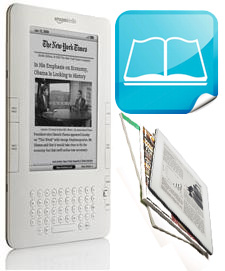